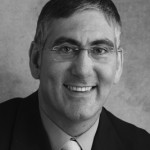 Joseph Y. Ahmad, a founding partner in the Houston law firm of Ahmad, Zavitsanos  & Mensing, has been recognized nationally as one of the best lawyers in his field. He represents executives in a variety of matters, including breach of contract, trade secrets, covenants not to compete, breach of fiduciary duty and other matters.

Having tried more than 50 cases to a verdict, and argued more than a dozen cases on appeal, he is a nationally recognized expert and frequent lecturer on a variety of law topics for organizations such as the American Bar Association, State Bar of Texas, The University of Texas School of Law, and the University of Houston Law Foundation.  He has been a frequent commentator on legal issues for various media entities, including The Wall Street Journal, The New York Times, Houston Chronicle, and local television stations.

His more recent engagements include representing: a general counsel sued for trade secret theft, an owner of an accounting practice who signed a covenant not to compete and employment agreement with the buyer of his practice, and a group of physicians with senior administrative roles within their medical center to represent them in a breach-of-contract dispute.

Covenants Not to Compete: Where We Are Now, TX Employment Lawyers Association Annual TELA Conference, October 2015 in San Miguel, Mexico

Trade Secrets and IP in the Age of Employee Mobility, ABA National Symposium on Technology in Labor and Employment, Panelist, March 2015 in Naples, Florida

Trade Secrets and Non-Compete Agreements in Texas: The Law is Changing. Are You Keeping Up? Texas Bar CLE Webcast, Panelist, December 7, 2010.