Can CEO’s learn something from Dolphins owner Stephen Ross’s problems with the NFL?

Earlier this week, multibillionaire and longtime Miami Dolphins owner Stephen Ross was found to have violated the league’s tampering rules in a scheme described as “unprecedented in scope and severity” by commissioner Roger Goodell.

It’s hard for someone like me not to think about executive employment when I hear the details. Writes Greg Cote in the Miami Herald:

Ross not only cheated, he cheated badly, unsuccessfully, with no guile whatsoever, but as clumsily ham-handed as an amateur thief smiling at the security camera. He wanted to win something awful, and did something awful to get there, and got caught.

Ross was fined $1.5 million and Beal $500,000. Ross was suspended from all team involvement until October and both were temporarily suspended from league committee involvement and league meetings. Far more damaging to the team, the Dolphins were made to forfeit their 2023 first-round draft pick and a third-rounder in 2024.

The tampering rule – which forbids teams from recruiting players under contract on competing teams – is relatively unique to the league. While businesses can enforce non-disclosure rules and in some cases non-compete agreements, businesses generally cannot forbid workers from talking with competitors. 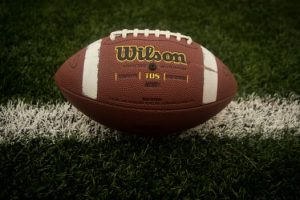 Ross’s actions are surprising because they amount to a flagrant violation of a well-known rule by a someone at the NFL’s highest levels, and that speaks to Ross’s judgment and leadership. Arguably more serious, the probe confirmed the substance of allegations made by former Dolphins coach Brian Flores in a racial discrimination lawsuit filed earlier this year that Ross had urged him to intentionally tank games during the 2019 season.

Writes Rodger Sherman in The Ringer:

“The NFL’s investigation indicates that these claims are true—that Ross did, in fact, tell the Dolphins’ brain trust ‘that the Dolphins’ position in the upcoming 2020 draft should take priority over the team’s win-loss record,’ and that Ross did make a comment about giving Flores $100,000 to lose games.

But Goodell let Ross off the hook with regards to the tanking allegations, noting that Ross stopped telling Flores to prioritize draft position after Flores wrote a letter expressing discomfort with Ross’s requests, and that the Dolphins fought hard throughout the 2019 season, turning around an 0-7 start by winning five of their final nine games. It’s strange logic. It actually seems pretty clear that Ross wanted to tank, but was saved by Flores’s coaching prowess and formal complaints about Ross’s comments. Why does Flores’s admirable refusal to tank exculpate Ross’s clearly stated desire to tank? The report also concludes that the $100,000 comment was a joke and ‘however phrased, such a comment was not intended or taken to be a serious offer.’ This seems like a generous interpretation. Clearly, Flores did not think Ross was joking, and even if he were, it’s also probably not a good thing to make light of.”

Not surprisingly, Ross has denied the claims and disputed the NFL’s findings and his punishment.

Tanking games to improve a mediocre team’s place in the draft is not a new concept, and it probably occurs more than we realize. Still, it has never been proven and punished by the NFL. That streak continues, although with an asterisk based on the findings here.

CEOs find themselves in ethically compromised situations all the time. Fiduciary duty and the “business judgment rule” provide some guideposts to ensure that the interests of the business come before personal interests or gain. In practice, these concepts provide wide latitude. What it comes down to is how leaders respond to the intense pressure to win.