Do Texas Execs Get Paid for Unused Vacation Time? It Depends

A recent study revealed that 41 percent of American workers don’t plan to use all of their paid time off. Given the level of competitiveness in the C-suite, it stands to reason that an even higher percentage of executives leave a significant amount of vacation on the table each year. 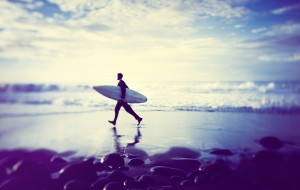 41 percent of American workers don’t use all their vacation time. That’s a shame.

Not only is this a bad idea – taking time away from work can pay off exponentially in more refreshed, focused workers at every level of the company – but it also means that executives who leave their employers may be walking away from a portion of their compensation.

Texas law doesn’t require companies to pay for unused vacation time unless the company has a written agreement or written policy that it will do so. If payment for unused time off is promised in writing, then the Texas Pay Day Act requires that Texas courts enforce that policy or agreement. If company policy says unused vacation time isn’t payable, on the other hand, that’s what the courts will enforce.

As is the case with most issues involving compensation, ambiguity regarding vacation time can be avoided if these questions are addressed and answered prior to signing any employment contract. Granted, asking “Do I get paid for my unused paid time off when I leave?” during employment negotiations may feel like asking “What do I get if we divorce?” minutes after getting engaged. But pre-marital agreements exist for a reason: lots of relationships – marriages and jobs – end. So it pays to work out those details on the front end, while everybody’s in a good mood.

The best solution, of course, is for everybody to take their vacation time and not have to worry about whether they get paid for unused time. But if one does not have a written policy or agreement regarding collecting accrued vacation time, then you are skipping a vacation for nothing.  Either way, a week away from the office is priceless.