Executives Who Resort to Fear, Intimidation Can Lose Support at All Levels

Watching the news, it’s hard not to notice a lot of executives losing the support of their companies’ boards of directors. The travails of recently resigned Best Buy CEO Brian Dunn come to mind, but there are others. What usually precedes that loss of board support, however, is a loss of confidence of the employees who report to them. 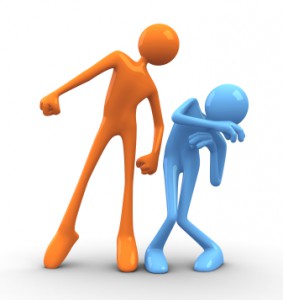 Clearly, there is more than one way to lead a company successfully. However, one way that I haven’t seen work is a dictatorial management style. Successful executives are able to rally support around difficult decisions and motivate employees without resorting to intimidation.

Granted, it can be tempting to adopt a dictatorial style. You want to get things done, and you want your people to act quickly. And managing by fear and intimidation is one way to get them to act. In fact, it’s not unheard of for an executive, frustrated by an unresponsive or unsuccessful team, to fire the most visible member of that team. That person may or may not have been responsible for the team’s failure, but their firing is meant to be a warning to those under him: find a way to be successful or start finding somewhere else to work.

But motivation by fear alone rarely works in the long run. And when I see people wear out their welcome, it’s often because employees have lost confidence in an executive who has led by intimidation.

Don’t get me wrong: an executive has to let go of employees who aren’t pulling their weight or are detrimental to the company. Employees expect that, and understand that it is done to benefit the company (and other employees).

But employees aren’t stupid. They know when employees are disciplined or terminated to send a message, and when decisions are made for the long term benefit of the company.

Executives shouldn’t assume they can treat subordinates badly and not expect word of that to filter up to the executive’s superiors.”

Board members and key shareholders respect and appreciate the executive who can make the tough decisions companies have to make without losing the support of the employees below them.

Nobody likes a phony, and there are few things more phony than a person who is respectful of people who “matter,” but dismissive of anyone who (in the executive’s eyes) doesn’t.

Simply put, executives can’t use fear as a substitute for respect. Respect leads to trust, and the lack of either can ultimately lead to an executive’s decline. So while effective management often requires making hard, even unpopular decisions, making them for the wrong reason is transparent and damaging.

It doesn’t need to be that way, though. An executive can first build a foundation of trust and mutual respect. Coalition-building, compromise, a vision for the future, and the leadership abilities to bring wildly disparate parties together can help the executive be trusted as operating in the company’s best interest (rather than just their own).

And that kind of support and confidence—at all levels—is crucial when it’s time to make and implement tough decisions.