Congress is so polarized right now that it’s tempting to applaud anything that has bipartisan support. After all, if all those people who can’t stand each other can unite over something, it should be safe to assume that whatever brought them together has to be worth supporting, right?

In the case of the Defend Trade Secrets Act, I may have to be the skunk in the garden party. Of course, the intent of the act is a sound one: providing a federal civil cause 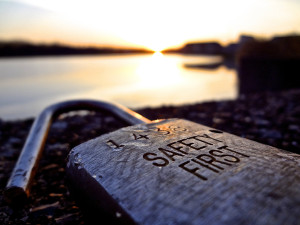 of action for the theft of trade secrets and creating a uniform standard nationwide for protecting and enforcing those secrets. But one of the remedies – ex parte seizure of allegedly stolen assets – gives me pause.

One reason there’s so much support for this legislation is that, in the public’s mind, the main culprits behind theft of American trade secrets are shadowy underworld hackers lurking in Russia, North Korea and China. But much as we want to blame Boris and Natasha for stealing all our innovation, the reality is that most trade secret theft cases are brought against American citizens who are or were employees of the company being stolen from.

Remember, these seizures are granted ex parte, which means neither the executive nor Company B have a chance to be heard by the judge making the decision whether to grant the seizure. The only party represented in the room is Company A, which isn’t exactly a disinterested party in the matter.

The DTSA effectively makes government law enforcement agencies an arm of the private sector – all without the protections provided a criminal defendant.

The Washington and Lee Law Review Online published an exceptional analysis, Ex Parte Seizures and the Defend Trade Secrets Act, last November, which was before the “extraordinary circumstances” amendment was added. Nevertheless, the analysis, written by Eric Goldman of Santa Clara University School of Law, is a thorough examination of why such seizures are so objectionable.

As in so many political debates, those favoring remedies like ex parte civil seizure point to foreign wrongdoers to pass remedies that will, in reality, be executed mainly against American citizens on American soil.

Protecting trade secrets is vital, important work. But it shouldn’t come at the price of violating the civil liberties of American citizens whose only crime was working after-hours on their personal computer.