Executive disputes may head to arbitration, not to court

You don’t take an executive position expecting it will end in a legal fight, but if it does, you need to know where you’ve agreed the fight will take place.

Many executive contracts contain arbitration agreements, and others have clauses that determine choice of forum for a legal dispute and choice of law clauses. These contract provisions are routinely ignored by executives when they sign on to a new job. But where the dispute will be slugged out and under what rules can be as important, if not more important, than the facts of the dispute. Most employment lawyers are keenly aware of this, but executives without a lot of litigation experience may not be. (See sample executive arbitration contracts.) 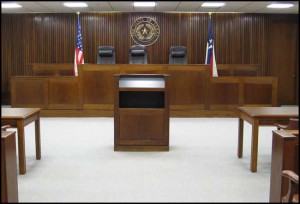 Arbitration has some key potential advantages and disadvantages. For instance, arbitrations are not as public as court proceedings, nor as dramatic or formal. These events usually occur in a conference room, not a courthouse.  Since there is no court docket, arbitrations are easier to schedule and can be quicker than court, but not always a lot quicker. They are not always cheaper either. Depending on how the agreement is worded, executives may have to pay for the half of the arbitration fees.  Court can be less expensive – there you just pay for attorney fees, not for the judge and courtroom.

Summary judgments that end the case mid-way are uncommon in arbitrations and there is no real appeal. It’s a slimmed down process with more at stake with each breath.

It’s another world in other ways too. Discovery can be limited in arbitration compared to court.  The statute of limitations can be altered by agreement.  And damages can be limited too.

Typically there is either one arbitrator or a panel of three. The arbitrator or panel is all powerful — they are judge, jury, and appellate court.  This means the arbitrator will have to hear the evidence to decide its admissibility, so it’s hard to keep things out completely.

The arbitrator is a lawyer and may have experience in interpreting contracts.  Most arbitrators came from the background of working for companies, which can sometimes come with a corporate bias.

An executive also wants to make sure that a major arbitration outfit is behind the arbitration – such as AAA or JAMS.  Obviously, executives need to pay attention to these details up front when negotiating employment contracts, which is often when he or she may be focusing on other things.