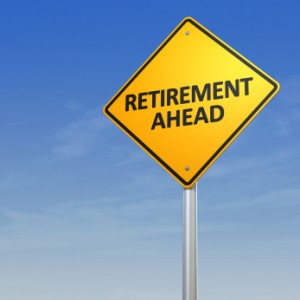 The truth is, most of them aren’t. Neither IBM CEO Sam Palmisano nor Freddie Mac Chairman John Koskinen had to retire this week. If they wanted to stay, and they wanted to press the point, chances are the courts would have been on their side. That’s because most mandatory retirement policies are, with relatively few exceptions for safety (such as airline pilots) and some institutions of higher education, a blatant violation of the Age Discrimination Employment Act of 1967.

So why don’t more executives dispute them? Because, in a nutshell, it’s much nicer to not work and get paid than it is to keep going to the office and get paid. And most executives are happy to exchange 60 hours a week at the office for 20 hours on the golf course. Consequently, those executives facing their company’s “mandatory” retirement age are usually happy to take that deal.

Of course, some executives may want to keep working and some companies want them to keep working. In such cases, the company is free to grant a waiver to the mandatory retirement age policy.

In cases where the executive’s desire to keep working isn’t reciprocated by their employer, however, they need to seek out a qualified executive employment lawyer for assistance negotiating with their employer.