When it Comes to Lawyers and Allegiances, Execs Should Look Out for No. 1

Embattled former Theranos CEO Elizabeth Holmes learned an inconvenient truth when it comes to allegiances between outside law firms, their corporate clients and individuals on the executive team.

In pretrial wrangling before the August 31 start of her federal criminal fraud trial, Holmes found herself without attorney-client privilege related to years of discussions she had with what she considered to be her legal team. U.S. Magistrate Judge Nathanael M. Cousins had a different opinion about the relationship. 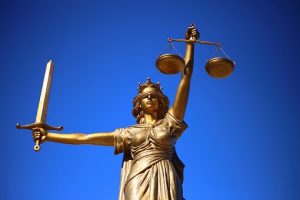 Holmes argued in her briefs that the law firm began jointly representing her and Theranos in 2011 in an intellectual property dispute. She said that over time their relationship “grew organically,” with Boies and his firm jointly advising Holmes and the company on a variety of topics through 2016, including in her interactions with the media and the U.S. Centers for Medicare & Medicaid Services.

But U.S. Magistrate Judge Nathanael M. Cousins ruled last week that the communications are subject only to corporate privilege and that the former CEO had not shown that she made it clear to Boies Schiller attorneys that she was seeking legal advice in her personal capacity and not just as a company executive.

This is an important lesson that execs should take to heart – your company’s lawyers do not represent you, even when your interests are aligned. It can be confusing when the executive is friends with the lawyer, whether it’s outside counsel or an in-house counsel. The personal relationship has the effect of blurring the lines between company and executive in the executive’s mind. Oftentimes, the executive feels like the lawyer is their personal lawyer.

I often get a phone call when an executive has an ah-ha moment like this or when the company’s lawyer advises them to obtain their own counsel. It can be a difficult concept to grasp when you think that your interests are aligned, but at the end of the day, a personal lawyer has a duty to look after your interests and only your interests.

In Holmes’ case, there was some confusion about the scope of the law firm’s role because the relationship grew as the startup expanded. There was no engagement letter spelling out the scope of the law firm’s role. While lawyers should always make their representation crystal clear, it’s never too soon for an executive to understand that lawyers paid by the company typically represent the company. That means you don’t have personal privilege. And if there is no engagement agreement, you should assume that the lawyer represents the company and not you.