The popular dating app platform Tinder and its parent company Match recently succeeded in having a patent infringement lawsuit tossed. Like many companies accused of infringement today, it accomplished this by going on the offensive and challenging the fundamental validity of the patents they were accused of stealing.

Tinder’s success against Texas-based NetSoc is just the latest example of how the Supreme Court’s 2014 Alice ruling has upended patent infringement litigation. It’s also Exhibit A for why trade secret theft litigation is on the rise as the number of patent lawsuits falls.

In the NetSoc v Match case, U.S. District Judge David C. Godbey ruled in a six-page opinion that the claims in NetSoc’s patent rely on conventional technology and fall well 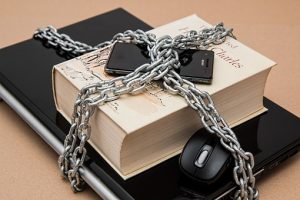 below the threshold of what the Federal Circuit has said comprises an inventive concept.

The high bar that many technology patents now face as a result of the Alice opinion is one reason why patent infringement litigation has dropped three years straight. Because patents are public by design, the risk that comes with having a patent deemed invalid extends far beyond any particular lawsuit. If patented ideas, processes or technology are later found to be invalid, you have lost exclusive rights to it and have essentially given up the crown jewels. It’s not an option to retroactively seek trade secret protection because the secret is already out.

When considering patent vs. trade secret protection, the risk-reward analysis is shifting in many cases because defenses that have turned the tables on patent infringement litigation do not apply to claims of trade secret theft. The central issues revolve around showing a judge or jury that the trade secrets are commercially valuable, that the business has taken measures to protect their secrecy, and that the trade secret cannot be ferreted out independently through tactics like reverse engineering.

As a result, trade secret litigation has increased threefold since passage of the Defend Trade Secrets Act of 2016 created a federal cause of action for trade secret theft claims.

Put simply, there are strong arguments for businesses to protect their ideas and technology as trade secrets rather than pursuing the long, expensive and increasingly risky route to obtaining a patent.