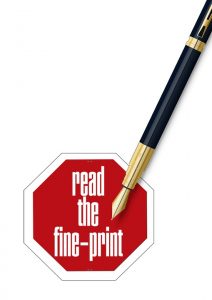 For a generation of workers, noncompete agreements have steadily crept into more and more facets of the working world to the point that even low- and middle-wage earners are increasingly being asked to sign the agreements as a condition of employment.

But as the labor market continues to tighten and studies show that noncompete agreements have a negative effect on wages, mobility and innovation, a movement is building to reign in the overuse of these contracts.

An analysis by the Wall Street Journal notes that several states have recently passed or are in the process of passing laws that make noncompetes unenforceable for certain workers. Washington state passed a law last month excluding workers making less than $100,000, and Massachusetts tightened conditions for noncompetes, while Hawaii banned noncompetes from technology jobs in 2015. Similar bills are in the works in New Hampshire, Pennsylvania and Vermont.

A national backlash is building against employers that make such movement harder with noncompete agreements that bar departing employees from taking jobs with industry competitors for certain periods of time. That’s good news for workers, because eliminating barriers to job-hopping could help stir the kind of wage growth workers haven’t seen since before the last recession. … A low unemployment rate might help shift that balance of power back toward workers.

This is an important topic for Texas, where employers in the oil patch routinely use these contracts. The overuse of these agreements is an issue I’ve written about before.

While the trend against noncompetes is growing nationally, legislative and judicial resistance to these agreements in Texas has not yet surfaced to the same degree. Texas venues are likely to continue to enforce reasonable noncompetes – ones that that do not go beyond an employer’s legitimate business interest or prevent employees from working with a competitor. A narrow, well-crafted noncompete designed to protect an employer’s business interest should be fine for the foreseeable future. Along with confidentiality agreements, energy companies operating in Texas are likely to continue reaching for these tools when appropriate.

Clearly, there’s a time and place for noncompete agreements for high-level employees and those with access to proprietary information in an increasingly knowledge-based economy. But businesses are hurting themselves and the larger regional economy when they limit the choice and mobility of workers. Employers lose out on things like creativity, enthusiasm and innovation when their employees feel like indentured laborers.