A juicy corporate scandal has a unique ability to wipe away billions from a corporation’s market cap with frightening speed, so it’s no wonder that executives are prone to quake when faced with the prospect of responding to the threat of negative PR.

That fear is understandable, but it’s also what makes business leaders a common target for extortion threats. Recent high-profile cases involving Nike and Amazon demonstrate that it’s simply not worth it to engage with a bully. Likewise, individuals trying to monetize such information should think long and hard about the legal way to blow the whistle before going down a road that could lead to criminal charges and prison time. 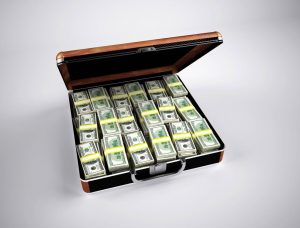 The Nike case unfolded with surprising speed before it backfired spectacularly for TV lawyer Michael Avenatti, according to investigators.

[Avenatti] walked into a March 21 meeting in New York with lawyers for Nike Inc. and threatened to expose what he said was wrongdoing by the apparel giant. Unbeknown to him, Nike’s lawyers were recording the profanity-laden encounter for federal investigators. Days later, authorities arrested Mr. Avenatti and charged him with attempting to extort more than $20 million from the sports-apparel giant.

In the case of Jeff Bezos, the Amazon CEO was reportedly threatened by National Enquirer owner David Pecker with the publication of embarrassing photos and communications with his lover unless he put out a false statement recanting his prior statements that AMI’s coverage of him had been politically motivated. Instead, Bezos bravely exposed the scheme.

Having been on both sides of the table on this, it’s clear that Bezos and Nike did the right thing in these cases. It’s also clear that most people are inclined to do the same and expose corruption when faced with such threats.  While sometimes the urge to comply with such threats and demands is enormous – to avoid negative market-moving news in Nike’s case and to avoid personal embarrassment in Bezos’ case.  But beyond being the right thing to do ethically, there are plenty of other reasons for execs to take such a position in the face of extortion threats. No. 1, once you pay off a bully, that person is not likely to ever go away completely. More often than not, they only return to ask for more.

And frankly, even if subconsciously, most companies realize this.  So, on the other side of the table, an executive trying to negotiate a severance should be aware that extortion is not just wrong, unethical, and illegal; it is also rarely effective.   No one likes to be extorted and few will comply.   Rather, they usually prefer to turn the table as Nike and Bezos did.  Of course, it helps to have good and ethical counsel in this regard to prevent the executive from making a colossal misstep. Because, in addition to the risk of criminal charges and prison time, the executive, and their lawyer if they participate in the scheme, run the risk of losing whistleblower protections and potential monetary payouts if they try to extort before going to the government.

The takeaway to remember: The carrot is always better than the stick, especially if the stick is dirty.