As obvious as it seems, abusing an expense account with lavish personal spending is one of the most common ways a CEO can get into trouble. Being an executive comes with reasonable perks that are necessary and helpful to doing the job. But some people get carried away and forget that these funds are not for their personal use and enjoyment.

It’s not just a problem at the biggest corporations. The same temptations can be found within some of the country’s most respected nonprofit organizations. That’s what seems to have happened at the Wounded Warrior Project, one of the largest charities helping veterans. The two top executives were fired after reports of excessive spending on perks like fancy restaurant dinners and first-class travel to luxury resorts for “team-building” conferences. Such extravagances seem particularly egregious if you’ve ever watched one of the organization’s powerful TV ads featuring severely wounded veterans and the struggles their families go through trying to help them when they return home. 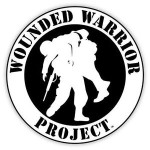 According to tax reports and charity watchdog groups, Wounded Warrior was spending roughly 40 percent of donations on overhead costs. Former employees of the organization also complained that its focus seemed to shift too far in the direction of fundraising at the expense of its core mission to help veterans.

Of course, fundraising is a crucial role for leaders of a charity. And the ousted CEO and COO were said to be instrumental in building up Wounded Warrior, which took in $372 million in 2015. Sometimes the leaders of an organization, whether it’s a charity or business, develop a sense of entitlement after working hard to make something a success. That can happen even when they are well-paid. CEO Steven Nardizzi reportedly was paid $473,000 in 2014. That too might strike some as excessive, but as I’ve noted, executives of large well-operated nonprofits are valuable and their compensation should reflect that. The problem here is that spending by Nardizzi and the COO seems to have spun out of control.

Spending must be for the advancement of your company or institution; it is not a license to take money from the organization for personal enrichment. It just takes a modicum of common sense. Ask yourself this: “Are you doing this to enhance company business or is it to help yourself?” Generally, business judgment gives you wide latitude and discretion on expenses, but it does have limits. At some point, expenses can become over the top and wastefully lavish. The over-the-top spending by Wounded Warrior’s leadership seems like one of those examples.