GE shareholders and much of the business world were surprised to learn about the wasteful business travel practices of recently retired CEO Jeff Immelt. The WSJ reported recently that for much of his tenure at GE, Immelt traveled in a corporate jet that was shadowed by a second, empty plane.

The rationale for the practice was that a second, redundant plane might be necessary in case of mechanical difficulties that could strand Immelt in remote locations. That’s some flimsy logic for a publicly traded company that has been under increasing shareholder pressure to watch expenses.  What’s even harder to explain is the response from Immelt and the Board after the news broke, with each claiming to have been unaware of the shadow plane. In fact, GE’s beleaguered board claims to have not found out about the plane until earlier this month, despite an internal complaint that was logged years ago.  Under the “business judgment” rule, executives generally get a lot of leeway in determining what a company should spend money on, as they should.  Everyone can be second guessed, no matter what the decision is (just ask the Dodgers’ manager).  But this seems a little bit too far. 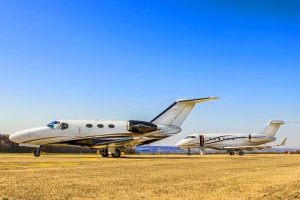 The WSJ calculated that the practice racked up $250,000 in expenses for a single Sept. 2016 international trip that Immelt took and that the plane operated under a code name and a bogus passenger manifest designed to make it appear occupied.

There’s no easy way for GE to spin this. It is beyond belief that both Immelt and the board could have been unaware.  And if they were, that raises even more questions, starting with who authorized such a wasteful practice and how did they engage in such a massive and wasteful expenditure without board and CEO authorization? Finally, if such a practice was in place without the knowledge of GE’s board and Immelt, it would appear to be a huge gap in internal controls that says a lot of about GE as an organization, and not in a good way.

Immelt’s 16-year tenure at the helm of GE resulted in a massive drop in shareholder value, and GE is now the worst-performing stock on the Dow Jones Industrial Average. Once the most valuable publicly traded U.S. company, GE lost more than $150 billion in market value under Immelt’s leadership.

New CEO John Flannery is now taking pains to tighten the belt and sending a message that wasteful corporate excesses are a thing of the past. The corporate jet fleet is grounded and the planes are for sale, while a company-car program for hundreds of GE execs is ending, among other things. That’s standard procedure for CEOs attempting to turn around a struggling company. Between its tanking stock, shareholder revolt and these corporate plane abuses, it will take GE some time to get past this hall of shame moment.